Sodium bicarbonate is available in 500 and 1000 gram plastic bags to save you money on fancy packaging. Just choose your preferred weight from the drop-down list below. If there are any questions you have then please get in touch before you place an order.

Sodium bicarbonate is a chemical compound with the formula NaHCO3. It’s supplied as a fine powder. It is a component of the mineral natron and is found dissolved in many mineral springs. It is used in the aquarium hobby for increasing KH and pH without increasing GH though it does add sodium to the water.

Sodium bicarbonate has many uses in the home aquarium. Most of these uses come back to this chemical’s ability to buffer water at a high pH, or to release carbon dioxide in some situations. Both of these properties have uses in aquariums.

All fish have adapted to the water chemistry of their home waters. For some fish, this means they need hard, alkaline water. For example, fish from Africa’s Rift Valley lakes or the rivers of Central America, like guppies and swordtails, need water rich in dissolved minerals. Sodium bicarbonate raises pH. It also buffers the water, making it resist changes in pH. For freshwater fish that prefer their water hard and alkaline, Sodium bicarbonate is an easy fix.

Guidelines For Raising pH and Hardness

If you want to raise the pH of an existing aquarium, you need to use caution. Sudden changes in pH – even changes towards more ideal conditions – can shock a fish and cause more problems than the incorrect pH. To alter pH, add about three-quarters of a teaspoon of baking soda per 10 gallons of aquarium water. Let the water sit for an hour then test the pH. Once you’ve upped the pH by .2, stop for the day. Changes of greater magnitude will cause problems for your fish.

Additionally, Sodium bicarbonate can be used to help culture brine shrimp. Brine shrimp make great food for many aquarium fish, and part of their appeal is how easily they can be cultured. However, brine shrimp come from very hard, alkaline water. Mixing Sodium bicarbonate into these shrimps’ water can help reproduce those conditions and improve hatching yield. Add about a quarter of a teaspoon of Sodium bicarbonate per liter of water when mixing a hatching solution for brine shrimp, to buffer the pH and increase water hardness. 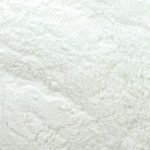